Nicolae Dobrin was one of Romania's greatest football player, he was born in Pitești, Argeș County, and he played for the first time in a First Division game when he was still 14, on 1 July 1962, in the match between Știința Cluj and Dinamo Pitești. He played for Argeș Pitești for 22 years, and only one year for another team, Târgoviște; Dobrin refused to play for any other First Division clubs, such as Dinamo Bucharest or Universitatea Craiova.

He was one of the most talented dribblers in football history and he was named Romanian Player of the Year on three occasions, in 1966, 1967, and 1971. Dobrin's contribution was essential to the 1979 Championship win for FC Argeș, when he scored in extra time to defeat Dinamo 4–3.

Dobrin played 48 games for the Romanian national team, scoring six times, and contributed to Romania's qualification for the 1970 FIFA World Cup. However, he did not play in it even though he was in the finals squad.

During his whole career, Dobrin played 409 matches, scoring 111 goals in all. He played his last game on 14 June 1983, when FC Argeș faced Bihor Oradea.

In 2007, Dobrin was the technical director of FC Argeș. 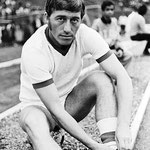 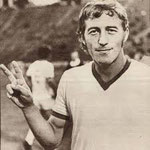